Huawei Appeals to the US FCC on Calkins v. Bloomberg

Technology Huawei Appeals to the US FCC on Calkins v. Bloomberg

Huawei Appeals to the US FCC on Calkins v. Bloomberg 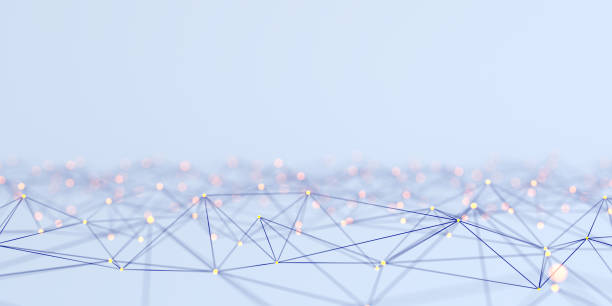 Huawei, the world’s largest telecommunications equipment maker, has recently appealed to the Federal Communications Commission (FCC) on Calkins v. Bloomberg, a case related to the US government’s attempts to bar the company from doing business with US companies.

The case stems from the Trump administration’s 2019 order to ban Huawei from doing business with US companies. The order was designed to prevent the company from using US technology to spy on American citizens. Huawei has argued that it had nothing to do with the government’s action, stating that any accusations against it were “baseless and unfounded.”

Ultimately, it is up to the FCC to decide whether to accept Huawei’s appeal. If the appeal is accepted, however, it could  a major victory for the company in its ongoing battle against the US government. In doing so, Huawei would be able to access US technology and services, which could ultimately lead to the resumption of business dealings with American companies.

Huawei recently filed an appeal to the US Federal Communications Commission (FCC) against the decision of District Court for the District of Columbia in the case of Calkins v. Bloomberg. The case was regarding the denial of an exemption to Huawei’s petition to purchase American technology products, which the FCC previously denied.

The appeal was due to FCC’s refusal to grant the petition of Huawei to purchase American technology products. The communications commission reportedly denied the exemption based on the fact that certain Huawei equipment failed to meet certain regulatory standards and posed a security threat. Huawei stated that the decision was “unfair” and is currently pursuing its appeal with the FCC.

Huawei’s argument is that the FCC acted irrationally when denying the exemption for its petition. The company’s appeal focused on the fact that the decision was not based on “any reasoned basis” and that the FCC can provide no evidence of actual risk posed by the technology equipment. Instead, Huawei insisted that the FCC based its decision on speculation and irrelevant factors.

Huawei is hopeful that the FCC will reverse its decision and grant the exemption. However, if the FCC continues to deny the exemption,  Huawei will likely take its case to the courts in order to further petition for its rights. Ultimately, the court will decide if this technology exemption is necessary for Huawei to continue to offer its products on the American market. Regardless of the outcome, this case is sure to be an important example of how technology companies can fight back against the FCC’s restrictive policies.

Huawei US FCC Attorney Brubaker recently released a statement revealing his stance on regulatory compliance. Brubaker firmly believes that companies who wish to do business in the United States have an obligation to comply with FCC rules and regulations. He believes that it is up to companies to ensure that all products and services comply with FCC requirements as it is part of their responsibility as a business.

In keeping with this stance, Brubaker stresses the importance of companies to be proactive in order to ensure their compliance. This includes staying up to date with the latest rules and regulations, as well as making sure that any new products or services comply with them. He also believes that companies should have a thorough understanding of their operations so that any changes that need to be made in order to stay compliant can be handled quickly and effectively.

It is clear to see that Brubaker takes compliance with FCC regulations seriously. By encouraging companies to be aware of and stay up to date with the applicable regulations, he hopes to foster an environment in which companies are able to operate successfully while still protecting consumers. By taking active measures to ensure that companies-including the largest ones-comply with the laws, Brubaker is showing his commitment to compliance and the  safety of all those involved.